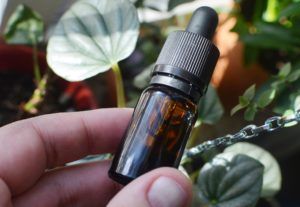 The first randomized clinical trial investigating the use of cannabidiol (CBD) to treat cannabis use disorder (CUD) has found CBD is safe and more effective at reducing problematic cannabis use than a placebo.

Having a clinical treatment for CUD, which the fifth edition of the Diagnostic and Statistical Manual of Mental Disorders (DSM-5) defines as “a problematic pattern of cannabis use leading to clinically significant impairment or distress,” is important because CUD affects as many as 22 million people globally. This large unmet clinical need has been exacerbated during the past decade by the doubling of THC concentrations in recreational products, which has been linked to more severe CUD and a greater risk of psychosis.

The study in Lancet Psychiatry sought to determine the most effective dose of CBD and rule out ineffective doses. Participants who met the DSM-5 criteria for CUD received CBD (either 200 mg, 400 mg, or 800 mg per day for four weeks) or a placebo. Success was based on the objective measurement of lowered amounts of THC breakdown product in urine and self-reported reduction in cannabis use during treatment.

While a daily dose of 200 mg CBD was found to be ineffective, both 400 mg and 800 mg CBD were each more effective than the placebo at lowering cannabis use, and participants did not experience any serious adverse events. The mild and moderate side effects they did report were no different than those reported by the placebo group.

While a 2019 study using nabiximols, a prescription drug containing a 1:1 combination of THC and CBD, showed that it was effective at reducing cannabis use among those seeking treatment, this is the first time CBD alone has been shown to successfully reduce CUD.

Despite this positive report, the cost of CBD medications could prove prohibitive for many patients. Epidiolex is the only FDA-approved source of CBD and, though it may be covered by some insurers, has an approximate cost of $55 for a 400-mg dose. In that case, a four-week course, as suggested by this study, would cost $1,500. Products that are available without a prescription tend to have lower concentrations of CBD, are less likely to be covered by insurance, and may not be adequately tested by regulatory authorities.

Barbados Is Inches Away From Decriminalizing Cannabis Possession

Willie Nelson Hands Out Free Weed From His Tour Bus, According...