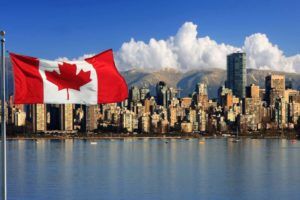 It wasn’t long ago that cannabis experts thought it unlikely anyone could produce cannabinoids in quantity through biosynthesis, using genetically engineered yeast or bacteria. But, now, Willow Biosciences—an 18-month-old company based in Vancouver—has started a pilot production run of 500 liters (132 gallons) of cannabigerol, or CBG. Plans are to deliver the first samples of CBG before October.

CBG is a non-psychoactive cannabinoid that research suggests may have a range of bioactive properties, including anti-microbial and anti-inflammatory functions. Some industry analysts believe CBG has the potential to rival cannabidiol (CBD) for recreational, health, and wellness uses.

In announcing the launch of production, Willow Chief Executive Officer Trevor Peters said: “This is a result of 16 months of hard work and scientific breakthroughs from our science team. We will be the first company to biosynthetically produce material amounts of cannabinoids.”

He added that the project is ahead of schedule due to strong demand from international consumer packaged goods companies—no surprise, given the market reaction to CBD in the myriad forms currently available.

“It is clear that there is significant demand for ultra-pure, pharmaceutical-grade cannabinoids,” said Peters.

In June, Willow announced it would collaborate with Albany Molecular Research (AMRI) on the project. A seed train using Willow’s proprietary yeast strain was used to inoculate the pilot fermenter at AMRI’s facility in New York State on July 27. Willow expects to begin scaling up production of the CBD this fall, with the goal of commercializing the product in the first half of 2021.

Reflecting on the challenge regarding producing cannabinoids from yeast rather than cannabis plants, Willow’s Chief Operating Officer Chris Savile called the pilot a watershed moment for the cannabis industry. “We will finally be able to pivot to a variety of cannabinoid choices that best match our customers’ needs.”